218th anniversary of the death of Boswell

The 218th anniversary of the death of James Boswell was commemorated by a small ceremony at the Boswell mausoleum in Auchinleck Churchyard in the morning of May 19, 2013. Speakers included Dr. Gordon Turnbull (general editor of the Yale Boswell editions), James Knox (chairman of the Boswell Trust) and Jim Todd (Provost of East Ayrshire). 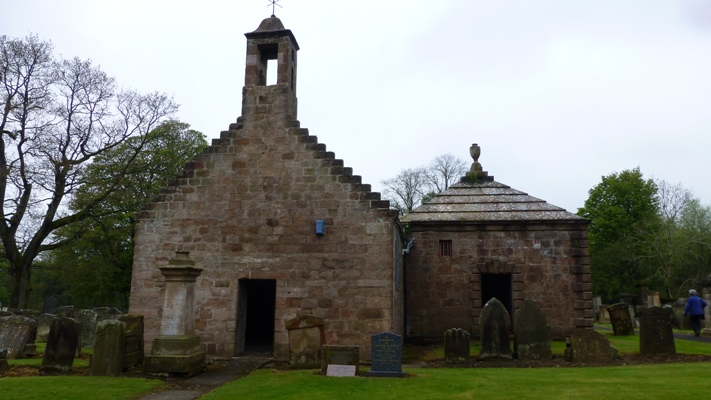 The Boswell Mausoleum (right) is situated in the old Auchinleck Churchyard, across from the "new" old church, and just next to the original chapel (left) which served as a small Boswell museum until some years ago, when the contents were moved to the newly renovated Auchinleck House. The former museum is virtually empty today. 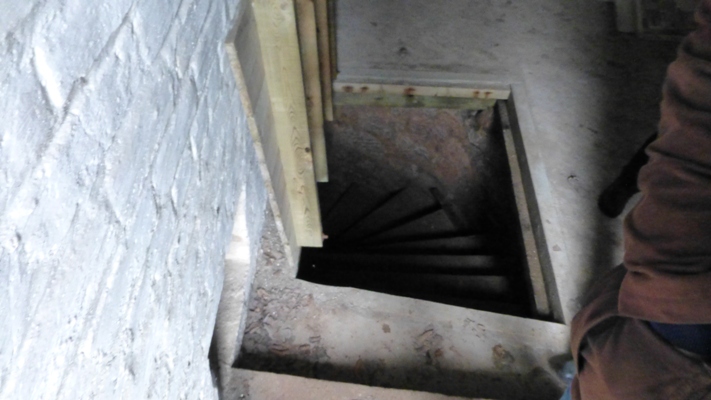 Some used to opportunity to go down into the crypt where the actual remains of Boswell and several of his close relatives are deposited. This is normally not open to the public. In the crypt itself is a "wall" in which the coffins are inserted. The vault holds the remains of about 12 Boswells, including James the biographer, his father Alexander, Lord Auchinleck, the biographer's grandfather, also named James, the biographer's wife Margaret Montgomerie, their eldest son and heir Alexander and their daughter Veronica, who died just a few months after her father in 1795. 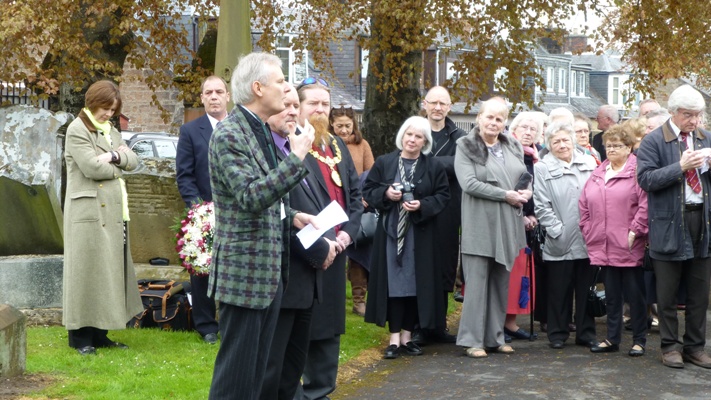 The commemoration itself was introduced by James Knox (centre left), chairman of the Boswell Museum and Mausoleum Trust. Standing beside him are Rev. Steve Clipston (middle) and Provost of the East Ayrshire Council, Jim Todd (centre right). 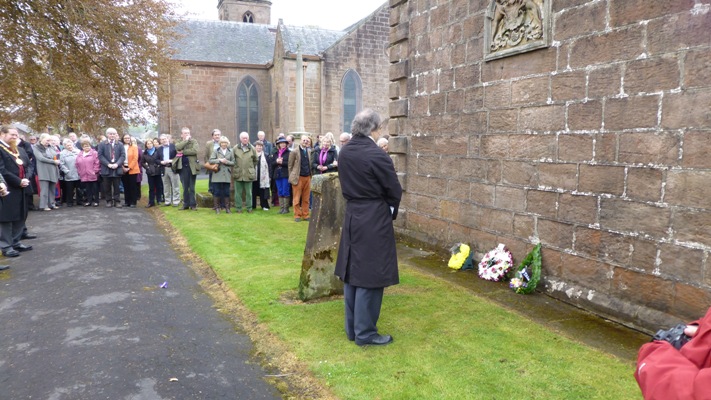 Three wreaths were laid in Boswell's honour. The first (left) by Provost Jim Todd, on behalf of the East Ayrshire Council and the County of Ayrshire (and in the yellow colours of the local junior football heroes Auchinleck Talbot, as pointed out by Mr Knox). The second (middle) by Margaret Eliott Boswell, a direct descendant of the biographer and chief of Clan Eliott, and the third by Dr Gordon Turnbull, General Editor of the Boswell Editions at Yale University. The picture shows Dr Turnbull showing his respects after having laid down the wreath. Earlier Dr Turnbull had read out a most touching extract from a letter by Boswell's friend and literary executor Sir William Forbes of Pitsligo, sent shortly after Boswell's funeral, mourning the loss of his close friend. 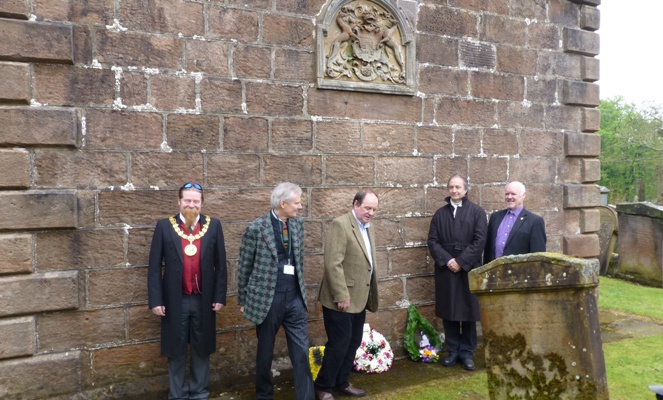 Following a common prayer led by Rev. Steve Clipston the event at the churchyard was concluded, with some of the participants getting together for a group photo in front of the mausoleum. From left to right it is Provost Jim Todd, James Knox, BBC presenter James Naughtie, Dr Gordon Turnbull and Rev. Steve Clipston.

After the commemoration some of the participants joined poet Ken Cockburn on a walk to Auchinleck House following the route of the "Via Sacra", a road Lord Auchinleck had built from the house to the church in the 1750s. The afternoon at Auchinleck House included a lecture by Dr Turnbull about Boswell and Johnson's journey to the Hebrides before John Sessions led the Finale of the Boswell Book Festival in the character of Boswell himself.

All photographs in this article are © Thomas Frandzen. All rights reserved. Reproduction by permission only.